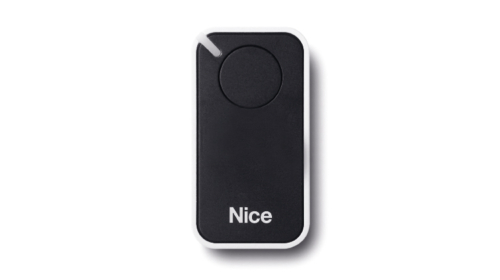 There are two options for enabling a new Inti transmitter, even at a distance from the system:
• using a transmitter already programmed in the receiver,
thanks to the enabling Code exchange between
the two (figure 1);
• using the Nice O-Box connection interface; the receiver’s
Certificate is entered by just placing the new Inti next to
the O-Box and following the guided procedure on a PC or PDA
(figure 2).